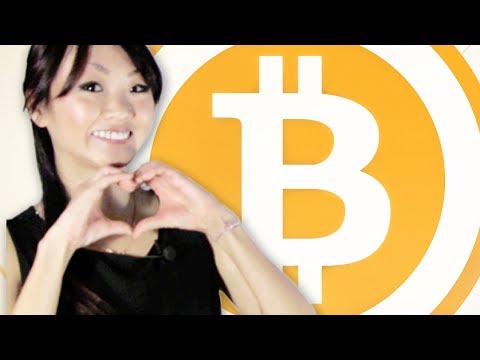 Texas Congressman Steve Stockman: "Come out with a bill on Bitcoin, I'd be happy to present it"

At NYC Bitcoin Conference, Texas Congressman Steve Stockman: "Come out with a bill on Bitcoin, I'd be happy to present it"

Bitcoins Traded on Wall Street to Usher In 2014

Spontaneous trading erupted earlier this evening at the official launch of the NYC Bitcoin Center. Hundreds of eager cryptocurrency enthusiasts gathered to usher in the New Year and celebrate the grand opening of the center, the first of its kind in the world. Keynote speaker Congressman Steve Stockman of Texas shocked the crowd by taping a QR-code to his suit, accepting Bitcoin donations for his 2014 Senate campaign, the first U.S. Senate candidate to officially embrace the cryptocurrency.
Veteran New York entrepreneur Nick Spanos, one of the center’s co-founders, rose to address the crowd shortly after midnight, and was greeted by the boisterous shouts. “I’ll pay $700 for one Bitcoin!,” yelled an enthusiastic twenty-something. Within moments, similar cheers rebounded throughout the hall.
Within moments, dozens of individuals were holding up their smartphones, their QR codes poised to receive Bitcoin. “$800!” shouted another. “I’ll pay $850 in Dogecoin,” screamed to another, to laughs. And so, a mere 100 feet from the doors of the New York Stock Exchange, where since 1817, traders have gathered before the Big Board to trade US dollars for stocks, tonight, at 40 Broad Street, hundreds of Bitcoin traders brought that tradition into the 21st century.
The NYC Bitcoin Center, located at 40 Broad Street, is the premier educational institution dedicated to promoting awareness of competing cryptocurrencies and aims to be a hub for innovation in the financial tech space. Founded in 2013, the center’s board consists of leading entrepreneurs, policy makers, and thought leaders.
http://imgur.com/Y9laOGM
http://imgur.com/jGI7Kfq
http://i.imgur.com/lfjKPpa.jpg

NEED YOUR INPUTS: If you were able to write an entire bill geared towards protecting Bitcoin in the future, what would you have it include? Would it be prohibitive? restrictive? exclusionary? definitional? We are two law and policy experts who are both long time Bitcoiners. We are located in the D.C. area and have been asked by Congressman Steve Stockman to formulate both a Bitcoin position paper and potentially a draft piece of legislation. Please help us and provide substantive comments to inform this position paper and potential draft legislation. Your input is much appreciated!

Video: http://www.moneyandtech.com/apr22-news-update/
Catch up with today's top news in Money & Tech:
The FEC is hold a hearing to consider a request from non-partisan political action committee Make Your Laws, which has asked for clarity around political donations with bitcoin. The FEC has already drafted two possible responses. One would limit bitcoin donations and prohibit any expenditures in the digital currency, and the other would limit neither. The FEC's final decision is expected by May 5th.
The Libertarian Party's 2016 Presidential candidate Darryl W. Perry has announced that he is now accepting campaign contributions solely in bitcoin, litecoin, gold, silver and copper. This comes as no surprise given his party and campaign platform to abolish legal tender laws, repeal the monopoly granted to the federal reserve and allow for competing currencies to be circulated. Perry joins a short but growing list of politicians now accepting bitcoin for campaign donations, including Congressman Steve Stockman and Texas Attorney General Greg Abbott.
Canada-based CoinKite announced Monday that consumers can now begin buying and selling bitcoin and litecoin with CoinKite terminals, which were launched last Fall to help merchants easily accept bitcoin payments from customers. The terminals now have both a retail and an exchange mode, the latter allowing it to operate like a mini ATM. In-person exchange methods like these terminals could be the key to furthering adoption of digital currencies.
With demand for transparency in bitcoin company operations growing rapidly, Bitcoin exchange Vault of Satoshi today announced the first ever full public proof-of-solvency service for its customers, which it says is “not just an audit” but can provide full cryptographic proof that it holds all the bitcoins it claims to have in reserve. Now registered users can self-validate both their balance and the exchange's overall reserves by selecting ‘BTC Proof of Solvency’ in the company’s online Security Center.
Wearable technology startup MEVU has created a prototype for the first wearable bitcoin wallet, that lets users make payments and with just a flick of the wrist. The MEVU bracelet registers the wearer's movements to confirm small transactions with a nearby point-of-sale device using Bluetooth Low Energy and Coinbase's wallet API. Current point-of-sale technology is based on iOS, which has been notoriously anti-bitcoin wallet, so the MEVU team is hard at work developing a version for Android as well. The MEVU bracelet will be available for pre-order within a month.
Thermo dynamics researcher and Bitcoin enthusiast Andy Schroder has just created the world’s first commercial-ready Bitcoin fuel pump. The pump features a digital display with the current market-rate for fuel, as well as a wallet address and QR code where users can deposit bitcoin. Schroder has several more improvements planned, including Biodiesel compatibility and built-in Wi-Fi access. But he feels this version is ready for testing, and is “one step towards anchoring the purchasing power of Bitcoin to a range of physical commodities that are consumed by society regularly.”
The hackathon grand prize at the recent Toronto Bitcoin Expo was awarded to the team behind DarkMarket, an innovative peer-to-peer market that can be joined by anyone, complete with identity and reputation rankings, multi-sig escrow, and privacy features. The developers were very clear that this decentralized peer-to-peer marketplace is not intended as a black market for illicit goods, but rather as a free market where the state cannot “see and thereby control trade, but applies equally to trade over which the state asserts no control.”

Check this out regarding Bitcoin and Taxes

Video here: http://www.moneyandtech.com/apr8-news-update/
Congressman Steve Stockman of Texas, who was the first member of Congress to accept bitcoin campaign donations, announced at Inside Bitcoins New York that he plans to introduce the first piece of U.S. legislation on virtual currencies called The Virtual Currency Tax Reform Act. The legislation would re-categorize virtual currencies as currency for IRS federal tax purposes. Stockman says he hopes this bill will ""build awareness and create a consensus in the Bitcoin community around government regulation of virtual currencies.""
Also today at Inside Bitcoins New York, multi-signature security company BitGo announced the launch of BitGo Enterprise, a new suite of services for businesses and financial institutions operating in digital currency. As Will OBrien puts it, the service offers enterprise "the power to securely store and effectively manage Bitcoin holdings”.
Governor of the Bank of Japan Haruhiko Kuroda expressed his doubts about bitcoin at a central bank policy meeting today, saying that “Without safety or stability in its value, there would be no demand. In that sense, it cannot be a currency.” And Capitol Hill is getting its first bitcoin ATM today. A new Robocoin ATM machine will be unveiled to members of Congress this afternoon, where they can buy and sell bitcoin.
Word of a new web bug has spread over the past twelve hours, this time in OpenSSL, which is an encryption library widely used by websites to encrypt and secure internet traffic. The new bug, coined the Heartbleed bug, allows anyone on the Internet to access a service provider's data, as well as users' names and passwords, if their systems are protected by vulnerable versions of the OpenSSL software. While major bitcoin companies Blockchain, Coinbase and BitPay appear to be safe from this bug, several others are finding themselves at risk. Exchange BitStamp announced today that they are temporarily deactivating account registration and withdrawals while they work to patch their system. And Bitfinex likewise halted withdrawals on their exchange this morning. LocalBitcoins also suffered some recent downtime while patching the bug.
Despite the recent price drop, industry leaders at today's Inside Bitcoins NY conference remain optimistic about the future of the digital currency. SecondMarket CEO Barry Silbert remains particularly bullish, telling others at the event that we will be seeing another major price bubble once Wall Street investors gain enough confidence in the institutional infrastructure to throw their money into the pot.
Eric Holder commented on Bitcoin today while speaking to the House Judiciary Committee. He warned that "Virtual currencies can pose challenges for law enforcement given the appeal they have among those seeking to conceal illegal activity." Mr Holder however is not calling for an end to Bitcoin, but instead on keeping the government abreast of the technology saying, "The department is committed to innovating alongside this new technology in order to ensure our investigations are not impeded by any improvement in criminals' ability to move funds anonymously."
Recently, we sat down with Alex Waters of the CoinApex incubator to talk about their latest project CoinValidation, and how it will provide invaluable regulatory support for bitcoin businesses. Find that interview, as well as more information on today’s news stories, at Moneyandtech.com. I’m Jered Kenna, and this has been Money and Tech’s daily news update.

Follow The Coin's weekly Bitcoin show. Subscribe to our YouTube Channel to never miss an episode! You can also sign up for an account on our website at http:... LEOcoin is an established digital currency that allows individuals to make fast and secure transactions through a decentralised peer-to-peer network. It's digital cash and works without the need ... Congressman Steve Stockman (R-TX-36) is a regular attendee of the March for Life, but can't attend this year. Rep. Stockman was the original sponsor of the Sanctity of Life Act in the 1990's, and ... Skip navigation Sign in. Search Two big Las Vegas hotels accept Bitcoin. Congressman Steve Stockman (R-Texas) accepts Bitcoin for 2014 campaign contributions. As does a law firm in Australia.