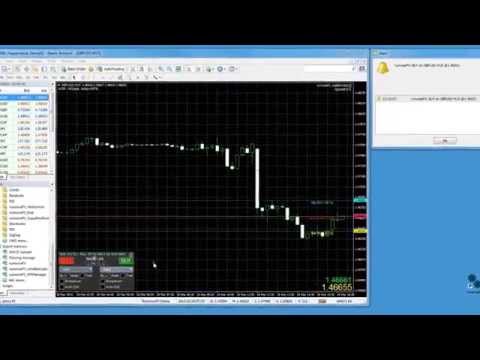 After a dramatic end to the APEC summit in Papua New Guniea which concluded in disarray, without agreement on a joint communique for the first time in its history amid the escalating rivalry between the United States and China, U.S. index futures initially traded sharply lower as investors digested signs that America-China trade tensions are set to persist, however they staged a modest rebound around the time Europe opened, and have traded mixed since amid subdued volumes as a holiday-shortened week begins in the US.

Last Friday, US stocks jumped after President Trump said that he might not impose more tariffs on Chinese goods after Beijing sent a list of measures it was willing to take to resolve trade tensions. However, tensions between the two superpowers were clearly on display at the APEC meeting over the weekend where Vice President Mike Pence said in a blunt speech that there would be no end to U.S. tariffs on $250 billion of Chinese goods until China changed its ways.
“The comments from Trump were seen as offering a glimmer of hope that further tariff action could be held in abeyance,” said NAB’s head of FX strategy, Ray Attrill. “The exchange of barbs between Pence and Chinese President Xi Jinping in PNG on the weekend continues to suggest this is unlikely.”
US Futures were also pressured following a report by the WSJ that Apple has cut iPhone production, creating turmoil for suppliers and sending AAPL stock 1.6% lower and pressuring Nasdaq futures.
Yet while early sentiment was downbeat following the APEC fiasco, US futures staged a rebound as shares in both Europe and Asia rose while Treasuries declined, the dollar faded an initial move higher as traders focused on the Fed’s new-found concerns over the global economy, and the pound advanced amid speculation that the worst may be over for Theresa May, since the potential for a vote of no confidence in May may be losing traction: the Sun reported that 42 lawmakers have sent letters of no confidence to Graham Brady, 6 more are needed to trigger a leadership challenge

Asia took a while to warm up but made a strong finish, with the Shanghai Composite closing 0.9% and Japan's Nikkei 0.7% higher, helping Europe start the week off strong too as a 1 percent jump in mining, tech and bank stocks helped traders shrug off last week’s Brexit woes. At the same time, stocks fell in Australia and New Zealand, where the Aussie and kiwi currencies dropped after U.S. Vice President Mike Pence attacked China at the weekend APEC summit.
Telecommunications and construction shares pushed Europe's Stoxx 600 Index higher, along with stocks in Italy, where Deputy Premier Luigi Di Maio said the government is ready for dialog with the European Commission over the country’s budget, which however seems just more semantics as Italy refused to concede to European budget demands.
Meanwhile, in addition to confusion over trade, the outlook for U.S. interest rates was also uncertain. While Federal Reserve policymakers are still signaling rate increases ahead, they also sounded more concerned about a potential global slowdown, leading markets to suspect the tightening cycle may not have much further to run and Morgan Stanley to write that "We Sense A Shift In Tone From The Fed."
Goldman Sachs also chimed in, saying it expected the pace of U.S. economic growth to slow toward the global average next year. The bank now sees a broad dollar decline next year, and revised its long-standing bearish view on the Japanese yen and tipped Latin American currencies, the Swedish krona, the Canadian, Australian and New Zealand dollars and the Israeli shekel to rise.
“We see several changes to the global economic backdrop which, combined with a few negative medium-run factors, point to more downside than upside to the broad dollar in 2019,” Goldman economists said in an outlook report. Goldman's bearish tilt will focus attention on an appearance by New York Fed President John Williams later on Monday to see if he echoes the same theme. As Reuters notes, investors have already cut odds of further hikes, with a December move now priced at 73%, down from over 90%. Futures imply rates around 2.74% for the end of next year, compared to 2.93% early this month.
As a result, yields on 10-year Treasurys declined to 3.08 percent, from a recent top of 3.25 percent while the currency market saw the dollar fade early gains while the pound rebounded from sharp losses last week as Theresa May prepared to appeal to business leaders to help deliver her Brexit deal as the premier fights almost insurmountable Parliamentary opposition.
May said on Sunday that toppling her would risk delaying Brexit as she faces the possibility of a leadership challenge from within her own party. With both pro-EU and pro-Brexit lawmakers unhappy with the draft agreement, it is not clear that she will be able to win the backing of parliament, increasing the risk that Britain will leave the EU without a deal.
Elsewhere, the Australian and New Zealand dollars held on to their declines after Mike Pence's attack on China this weekend fueled concern Sino-U.S. trade tensions will worsen; the yen neared a month-to-date high on the risk-aversion, onshore yuan weakened for the first time in five days.
Treasuries slipped while European bonds were mixed, with core notes slipping and peripherals rising led by Italy. In the U.S., trading activity may be thinned before the Thanksgiving holiday later this week.
In commodity markets, gold found support from the drop in the dollar and held at $1,1220.19. Oil prices suffered their sixth straight week of losses last week, but climbed toward $57 a barrel in New York on Monday. Bitcoin dropped further below $6,000, at one point touching a one-year intraday low.

After Monday's vicious Veteran's Day selloff, which took place with the cash bond market closed, world markets have regained their footing as European stocks and S&P 500 futures modestly higher, recovering some of the previous session’s losses on renewed hopes (how many times have we heard this already) for progress in the U.S.-China trade dispute following a report that China's vice premier Liu He is meeting Steven Mnuchin in DC, even as Asian shares dropped overall, led by Japan's 2.1% drop as tech stocks were hit on iPhone demand fears.

Europe's Stoxx 600 Index rose for the first time in three days, with telecoms leading the way after Vodafone announced better than expected quarterly results, although the index was off its earlier highs. Contracts on the Dow, Nasdaq and S&P 500 were all firmer, and after sliding as low as 2,720 on Monday, S&P futures were 0.6% higher.

Focusing on Europe, today is the day the Italians will resubmit their budget after the EC requested a new fiscal plan. No material changes are expected. According to Deutsche Bank, the commission will continue to adopt a tough stance on Italy. It seems inevitable they will recommend an Excessive Deficit Procedure (EDP) in the next few weeks. So for now any grand bargain is far away.
Earlier, the Shanghai Comp. (+0.9%) and Hang Seng (+0.6%) both opened lower although gradually recovered amid hopes for an improvement in US-China trade relations amid reports that US Treasury Secretary Mnuchin and Chinese Vice Premier Liu He spoke by phone on Friday about a deal that could ease trade tensions and with some US officials reportedly expecting China to make a trade offer ahead of the Trump-Xi meeting.

Treasuries climbed even as the Bloomberg Dollar Spot Index fell from an 18-month high as traders took profit on the greenback. The yen reversed to a loss as risk appetite slowly grew. The Britain’s pound pared some losses from the past three days after Prime Minister Theresa May said talks with the European Union were in the “endgame” and data showing U.K. wage growth accelerated.
Elsewhere, the euro recovered from its weakest against the dollar since June 2017, with Italy due to resubmit its budget. The country’s bonds pared some losses after a debt auction. Emerging market equities and currencies were steady.
In a curious development overnight, major state-owned Chinese banks were seen selling dollars at around 6.97 per dollar in the onshore spot foreign exchange market in early trade on Tuesday, traders told Bloomberg in the latest attempt by Beijing to arrest sharp losses in the local currency. The onshore spot market opened at 6.9681 per dollar, weakening to a low of 6.9703 at one point in early deals. “Big banks were selling (dollars) to defend the yuan,” said one of the traders. Traders suspect the authorities are keen to prevent the yuan from weakening too sharply before U.S. President Donald Trump and his Chinese counterpart President Xi Jinping’s meeting later this month.

Binary options trading has been completely banned in Israel for any firm applying to operate a licensed Trading Arena (as the regulators refer to online brokers). Trading CFDs and FX pairs has come under strict restrictions, including limiting the leverage, range and even the way the rates are calculated. Binary Options Trading Guide. On this page, we will go through the basics of binary options trading. When trading with a binary option robot, you do not necessarily need to know anything about binary options investing, but it is useful to be aware of the mechanism by which option robot operates. Plus, if you are interested in binary options trading so much that you do not want to use the robot Since 2008, investing and making money online with binary options has become increasingly attractive to investors and individuals who invest in shares, equities, currencies, and commodities. There are only two options in binary trading; hence the use of the term “binary”. It is almost like placing a bet, in that you are wagering that an asset will increase For example, a Euro FX futures contract is based on the EUR USD spot forex price. Another example is the E-mini S&P 500 futures contract tracks the price of the S&P 500 index in the stock market. The table below illustrates examples of spot and futures market prices. Exchange traded binary options offer an alternative way forward. In 2007, the Options Clearing Corporation changed its rules to allow binary options to be traded, which means it is now possible for these options to be traded on several regulated exchanges, including Daweda in the UK, and the CBOE and NADEX in the US.

How To Understand The Spot Option Trading Platform

Trade Forex, Gold, Options, Option Strategies, and soon CFDs with our new AvaOptions App. Learn the features of the app, featuring the first completely interactive, chart based trading of spot and ... Binary options traders “make investments” Later on movement of selected assets, including gold, stocks, markets, etc. ... a spot could surface right following a information function exactly ... Technical FX 43,871 views. 9:26. Best Binary Options Strategy 2020 - 2 Minute Strategy LIVE TRAINING! - Duration: 43:42. ... CLEARING LAND FOR OUR TINY HOUSE - Duration: 26:04. A simple yet profitable way to understand the market cycle UWSF formulates Forex strategies that are easy for people from all walks of life to duplicate to achieve their trading goals. We offer ... Demo of our EA that gives the simplicity of binary options but without the shortcomings associated with regular binary options. The EA works with a regular spot market broker.